Synopsis: (from Goodreads) In an alternate Cairo infused with the otherworldly, the Ministry of Alchemy, Enchantments and Supernatural Entities investigate disturbances between the mortal and the (possibly) divine.

Entries in this series can be read as standalones in any order.

Around the end of 2020 I was looking for shorter texts to reach my goodreads challenge for the year and I stumbled on P. Djèlí Clark’s work and started reading it all as quick as I could. I am INTO it. In this series, he’s created this very realistic version of 1910’s Cairo with a twist… it’s kinda magical.

In 0.5 — A Dead Djinn in Cairo, he goes into the background a little, there or magical beings of all sorts in the world, both good and bad, and a group meant to help sort one from the other. This group is the Ministry of Alchemy, Enchantments and Supernatural Entities. In both 0.5 and 0.7, the main characters are investigators in the Ministry and have a mystery to solve that is more than meets the eye.

In 0.5, the lead investigator is a woman, a badass woman who wears trousers and sleek coat and takes no shit from men who are still afraid of women with a brain.

In 0.7, the investigators are men, and work to solve the mystery together (but need help from women all along the way). Along the way, a women’s liberation movement is going on, fighting for women’s rights. It’s pretty cool.

My favorite parts of these stories are how seamless the integration of magic is in the mundane. Every single element has been thought of, but it all feels authentic. I think that’s a major credit to the fact that the author is a historian and does ample research before writing.

There are two more books in this series and I’m looking forward to getting into both!

It’s 1992 in Bleak Creek, North Carolina—a sleepy little place with all the trappings of an ordinary Southern town: two Baptist churches, friendly smiles coupled with silent judgments, and an unquenchable appetite for pork products. Beneath the town’s cheerful façade, however, Bleak Creek teens live in constant fear of being sent to the Whitewood School, a local reformatory with a history of putting unruly youths back on the straight and narrow—a record so impeccable that almost everyone is willing to ignore the suspicious deaths that have occurred there over the past decade.

At first, high school freshmen Rex McClendon and Leif Nelson believe what they’ve been told: that the students’ strange demises were all just tragic accidents, the unfortunate consequence of succumbing to vices like Marlboro Lights and Nirvana. But when the shoot for their low-budget horror masterpiece, PolterDog, goes horribly awry—and their best friend, Alicia Boykins, is sent to Whitewood as punishment—Rex and Leif are forced to question everything they know about their unassuming hometown and its cherished school for delinquents.

Eager to rescue their friend, Rex and Leif pair up with recent NYU film school graduate Janine Blitstein to begin piecing together the unsettling truth of the school and its mysterious founder, Wayne Whitewood. What they find will leave them battling an evil beyond their wildest imaginations—one that will shake Bleak Creek to its core.

As far as mysteries go, this one had me until the end. I wasn’t expecting some of the twists that came about and I was genuinely surprised at some of the more paranormal elements that McLaughlin and Neal incorporated into their storytelling.

That said, I enjoyed the mystery and storytelling overall but some of the writing was clunky. Pieces of the story could have gotten a little more developed (Janine for instance, considering she’s part of the storytelling instrument), but for a debut into YA and into this genre, it was fun.

Rex and Leif are really cute characters. They’re boys going through the heat of summer, puppy love and also a paranormal mystery in an ultra conservative small town where everyone knows everyone. What could go wrong? I love the way the friendship builds and grows over the course of the book too. Their boundaries are tested but in the end, they know they can rely on each other.

As I was reading this, honestly, the townsfolk just gave me the creeps. No small towns for me… thanks Bleak Creek. 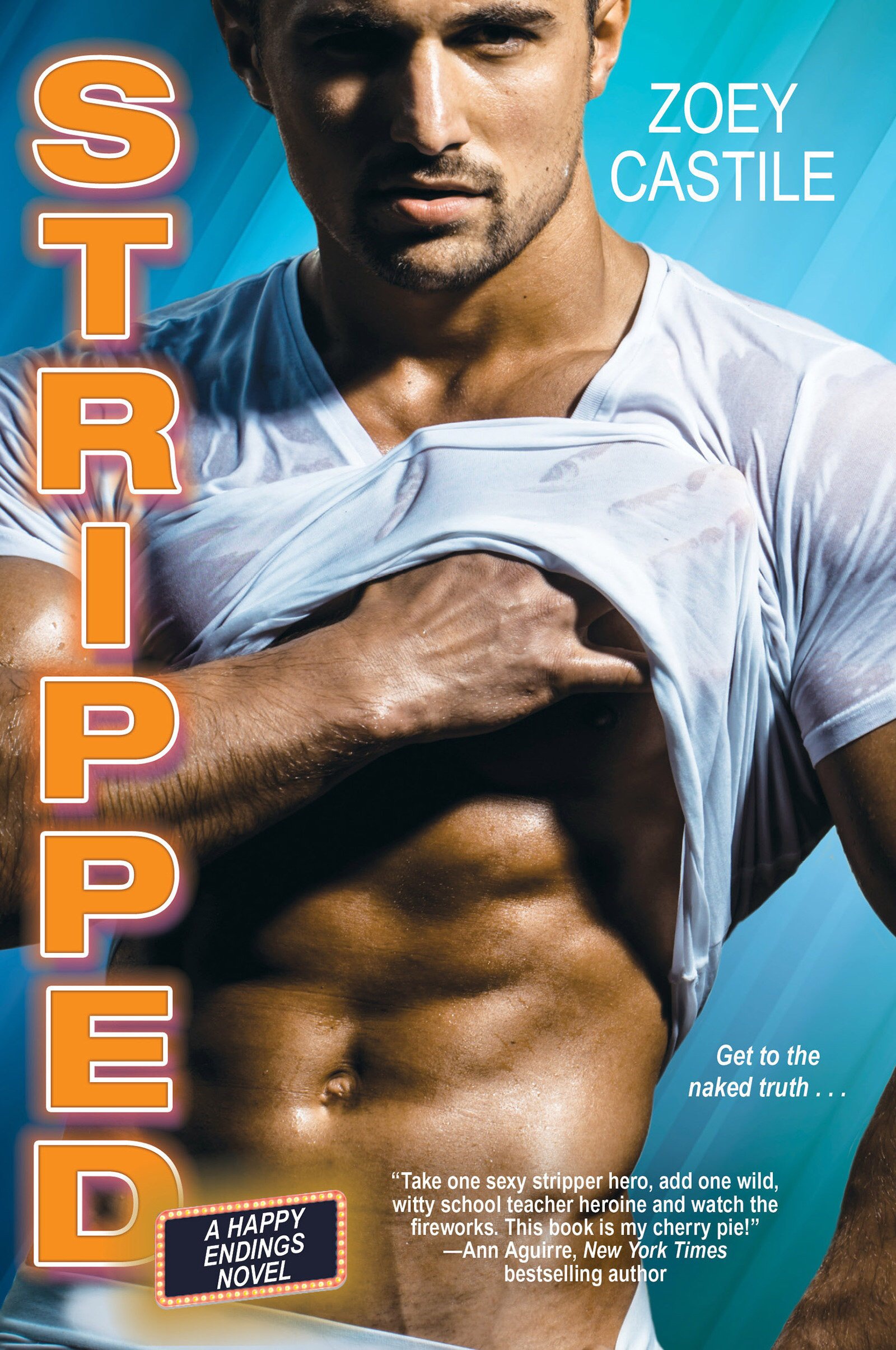 Synopsis: (from Goodreads) The day Robyn Flores meets Zac Fallon is one of those days. You know, when you’re already late for work. Mostly because you haven’t really slept since your best friend abandoned you for her fiancé and her exponentially better life. The kind of day you drag yourself to the cleaners to pick up your laundry, only to discover you’ve got the wrong bag—Star Spangled sequined thong, anyone? So Robyn is definitely not ready for the ridiculously gorgeous guy at her front door, except that they have each other’s clothes. But then, is any woman ever ready to meet the love of her life?

There’s just one problem: Zac Fallon is not the love of Robyn’s life. Zac knows, despite the
all-too-intimate dinner they share, he doesn’t have a shot at her. Because the next time Zac sees Robyn, he’s front and center of the male revue headlining her best friend’s bachelorette party. So much for wooing the pretty schoolteacher, much less impressing her old-fashioned family, with his upstanding lifestyle. Now he’s only got one way to win his dream girl. It’s gonna be the steamiest, most irresistible seduction she’s ever seen. And this time it will be no act …

Review: Stripped was the best book I’ve read this year so far. It was full of heart, steam, and character. The leads were real and relatable. The storyline was too. It wasn’t overdramatized or unacceptable. It felt natural and just GOOD to read.

Robyn and Zac are funny, sweet, and supportive of each other as friends, lovers, and partners, which make this HEA novel a fun and engaging read. loved everything about it. I definitely recommend it.

*Special thanks to Netgalley for the ARC in exchange for an honest review.

On Wednesdays we wear #pink for #breastcancerawareness at @pathwaysacad. 🎀 You know how it is.
Some amazing #bookmail 📚from my #amazonwishlist (link in bio) from an awesome human! These books will make their way to my classroom 👩🏼‍🏫 for my students to check out soon! Yay!
The #nextbook on my #tbr is #thelovehypothesis by Ali Hazelwood thanks to #botm
My #currentread is The Other Black Girl by Zakiya Dalila Harris. As the #schoolyear kicks off, I’m reminding myself that #readingforfun is also a priority for me. Sure, I need to read things for work, but this is for me.
Just finished #dramaqueen by Jill Westwood. Super cute romantic comedy. Check out my review on #goodreads — link in the bio. #hea #romancereads #bookreview #ereader #booksirens #romcombooks #plussizeheroine
First week of year 10 is in the books. 2021-2022 here we go. #ela #elateacher #teacher #teaching #teachersofinstagram